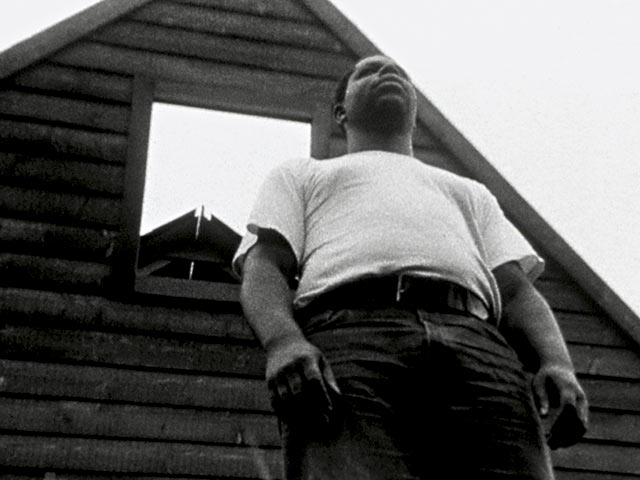 Steve McQueen was awarded the prestigious Turner Prize in 1999. Deadpan was included in Tate Britain’s exhibition of works by the nominees. There we see the same event from several different angles in a sequence that alternates between stasis and motion. The artist stands immobile in front of a simple wooden house. Suddenly the wall topples over, but he remains unscathed because of a strategically placed open window. Although McQueen deliberately exposes himself to danger, he looks statuesque as he stands there uninjured. In re-enacting a stunt from Buster Keaton’s film Steamboat Bill, Jr. (1928), Deadpan abandons the original film’s narrative structure and the comic effect of disaster accidentally averted. Instead, we see successive variations on a scene repeated again and again in almost oppressive silence.