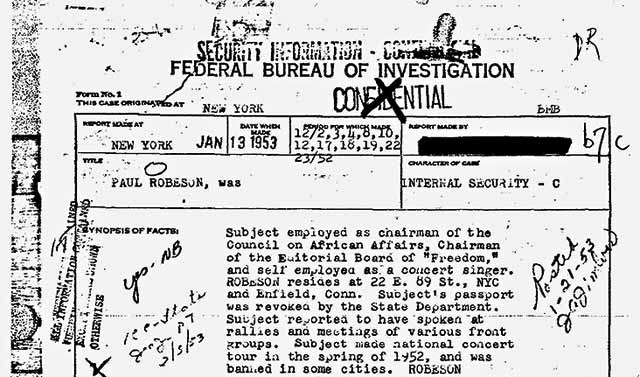 One of the most recent installations in the exhibition is dedicated to the African-American singer, actor and activist Paul Robeson (1898 –1976). The thousands and thousands of pages in the file assiduously compiled by the FBI during years of surveillance in the McCarthy era pass by in a screening that takes almost six hours. The heavily censored, now publicly accessible documents are read by male and female voices. The visual and acoustic material soon shifts out of kilter, essentially revealing the extent of this disembodied surveillance system. Instead of making a feature film, McQueen chose to pay tribute to the civil rights activist in the form of «end credits», literally bringing to light the devastating nature of his politically motivated discrimination, marginalization and persecution. A successful movie star in the 1930s, Robeson became increasingly committed to political and social issues. His championship of the rights of workers and blacks, a trip to the Soviet Union and public appearances both at home and abroad not only made Robeson one of the most celebrated figures in the African-American movement; he was also perceived as a serious threat to the paranoid anti-Communist, conservative politics of the Cold War.