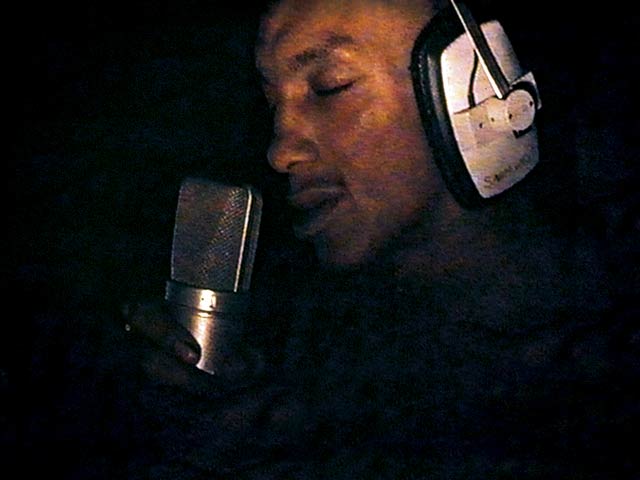 This film is dedicated to the charismatic musician Adrian Thaws, known as Tricky. The co-founder of the musical style known as Trip-Hop, which originated in Bristol, is shown in the studio recording a song about growing up without a father, with the band providing a rattling beat. The camera nearly touches Tricky in the confined space. The musician is highly concentrated, giving a vocal and physical performance of great intensity. Saying «that was good, let’s do it again», he breaks the spell after the first take and reveals the precision and control he maintains despite his apparently trancelike state, then begins rapping again as if conducting a powerful inner monologue. The viewer participates in a moment of artistic creation whose energy-charged force is overwhelming. Dynamic and tension are sustained during the entire duration of the video, whose raw aesthetic is so different from the usual music clips. It is only natural that McQueen should choose to pay tribute to this uncompromising musician and performer. In an interview with McQueen, Tricky once said that he had always wanted to reach people’s souls more than their ears. Similarly, McQueen does not simply appeal to the audience’s eyes; he exerts an impact on the entire human being, on body, soul and mind.