Nothing could be more appropriate than to speak of a “body of work” in reference to the wide-ranging and yet clearly defined oeuvre of the British artist Steve McQueen (born in 1969 in London). The artist, now in the midst of his career, has already received many awards for his work, which is in ceaseless development and transformation. Each new piece is surprising for its precision and the courage in taking new directions, as demonstrated once again in the works created especially for the present show.

Steve McQueen’s career began in the 1990s, with short video and film installations whose experimental thrust, well-nigh tangible materiality and physical effect on the viewer charted new territory. A decade later, his artistic idiom had expanded to include longer, more narratively oriented films, and in 2008 he ventured into making feature films. In addition to film, McQueen works with photography and creates such pieces as the deeply moving Queen and Country (2007–2009). Just as his first film installation Bear (1993) made waves on the art scene, his first feature film, Hunger (2008), hit the film world like a bombshell. In this domain, unusual for a fine artist, his matured cinematic skills flow into a new, though related form. McQueen’s choice of medium is inspired by his subject matter: each theme, he believes, requires a specific type of treatment, which applies equally to his latest film, Twelve Years a Slave, due for release in autumn 2013. 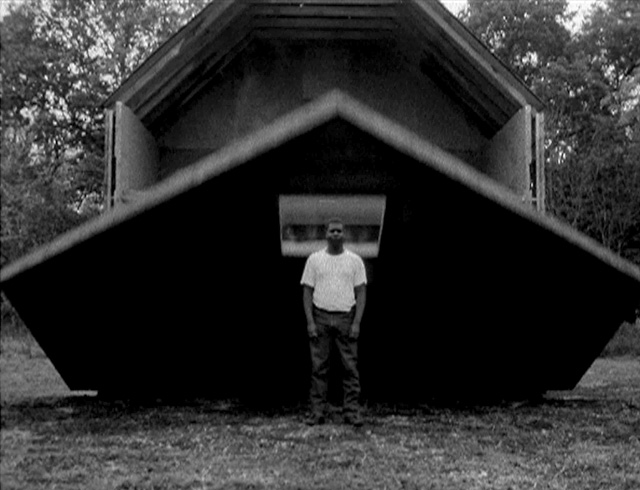 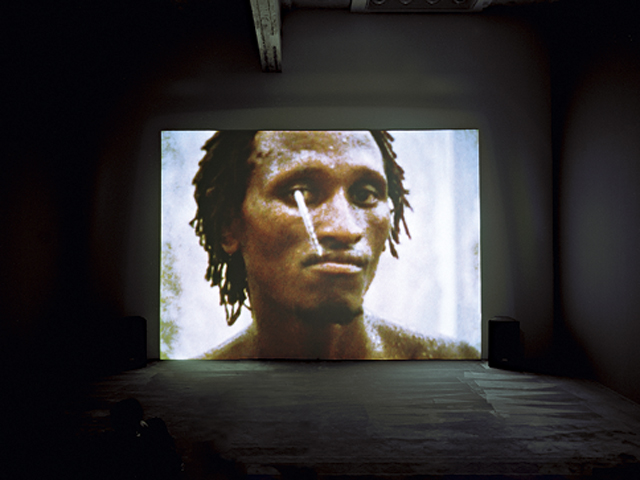 Crucial to the artist’s works are detailed, extremely precise instructions regarding their installation. The type of projection, the size and colour of the space and the quality of the sound are all integral to the overall presence of each work. Similarly, the artist determines whether works are shown as a loop or scheduled as in a film theatre. Organized in collaboration with The Art Institute of Chicago, this unprecedented overview has given McQueen the opportunity to test new forms of presentation and interrelate his works. The uncompromising re-evaluation of his own work now gives viewers a compelling, rarely seen take on the moving image.

As a rule, Carib’s Leap is shown in tandem with Western Deep (both 2002). Here, for the first time, it is screened separately and in the entirely different dimensions of the LED walls on the Schaulager façade. Outdoors in the light of day, the moving pictures communicate directly with the environment. The artist has introduced another striking variation in the unusual means of presentation he has devised for the three works with which he began his career twenty years ago. Bear (1993), Five Easy Pieces (1995) and Just Above My Head (1996) are juxtaposed by being projected on a triangular screen in the middle of the room. The open presentation of multiple viewpoints generates a presence in space that transforms the films into an extension of sculpture in moving images, revealing their seminal influence on the development of McQueen’s later work.

Moving pictures have a magical force that pulls us into their orbit, not least because video and film installations take place in the dark and generally in purpose-built spaces. We enter a room illuminated only by the projection screen; we are enveloped, we forget time and place — and then we are usually discharged back into the glaring light of day. In the exhibition, this abrupt break is softened by a gradual transition to dim lighting conditions. Darkness is not simply darkness: its variations become evident when visitors move between transparency and enclosure, interior and exterior spaces, when they see through apertures and experience reflections in mirrors. As in the interlocking architecture of a city, the exhibition design provides open areas and sight lines between the buildings, or rather, between the individual works.

The term City of Cinemas pinpoints this idea, and at the same time it is a metaphor for the overall cohesion of the pieces, which can only be appreciated by investing viewing time in a single stretch. In this City of Cinemas, the works come together: they interact and yet they are each self-contained. The precise use of sound in the video and film installations makes an even greater impact in this atmosphere, contributing to the almost mystical mood — we become acutely aware of our own presence in space and we are an inseparable part of the whole.