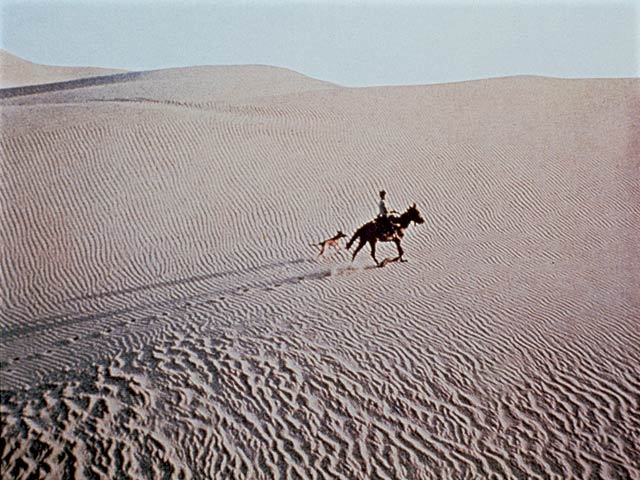 In Once Upon a Time, a sequence of slides, each slowly dissolving into the next, shows an extremely broad selection of images: diagrams and chemical formulas, the birth of a baby, groups of workers, scenes from nature and civilization, views of a big city and biological charts. They all have a distinctively 1970s look to them but there are no connecting links that might suggest a narrative relationship. What we see is a larger narrative of life on earth, split into rubrics such as everyday life, the world of knowledge, technology and culture. Once Upon a Time is based on the images chosen by a NASA committee in 1977 to be sent into outer space on the space shuttles Voyager I and II, along with instructions for decoding the signals and a selection of sound recordings. The information contained in the Golden Record was intended as a message from earth to a hypothetical intelligent life form somewhere in the universe. In retrospect, the images are not simply an outmoded, “representative” selection; they reveal much more: a faith in utopian projects that is inconceivable today. The artist has combined the images with powerful voices that fill the entire space and seem to be speaking in tongues. They are indeed speaking gibberish, technically known as glossolalia.