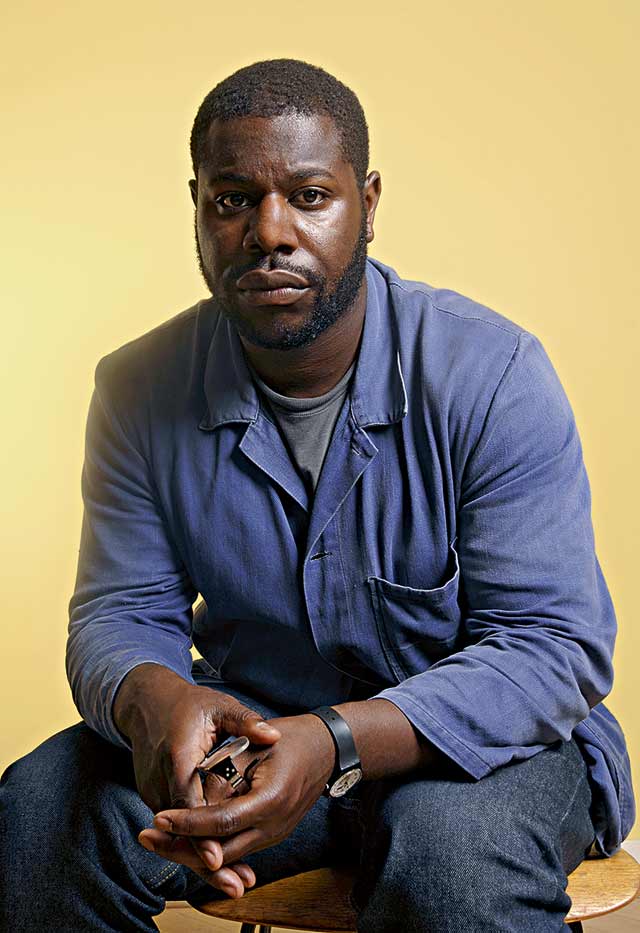 Steve McQueen was born in London in 1969; he lives and works in Amsterdam and London. From 1989 to 1990, Steve McQueen studied at the Chelsea College of Art and Design, London, and from 1990 to 1993 at Goldsmiths College, London. He continued his studies from 1993 to 1994 at Tisch School of the Arts, New York University. In 1999, he was guest artist of the DAAD Artists-in-Residence programme in Berlin. Steve McQueen has received many grants and awards for his work as an artist, including the ICA Futures Award (1996) and the Turner Prize (1999). In 2009 he represented Great Britain at the Venice Biennale. In parallel with his artistic work, Steve McQueen has been making feature films, for which he has won numerous awards. In 2008 he was awarded the Caméra d’Or at the Cannes Film Festival for his film Hunger, and in 2011 his film Shame was granted the FIPRESCI Prize for Best Film at the Venice International Film Festival. In 2003 Steve McQueen was commissioned official UK war artist (Iraq) by the Imperial War Museum’s Art Commissions Committee. Already an Officer of the Order of the British Empire (OBE, 2002), Steve McQueen was appointed Commander of the Order of the British Empire (CBE) in the 2011 New Year Honours for services to the visual arts.