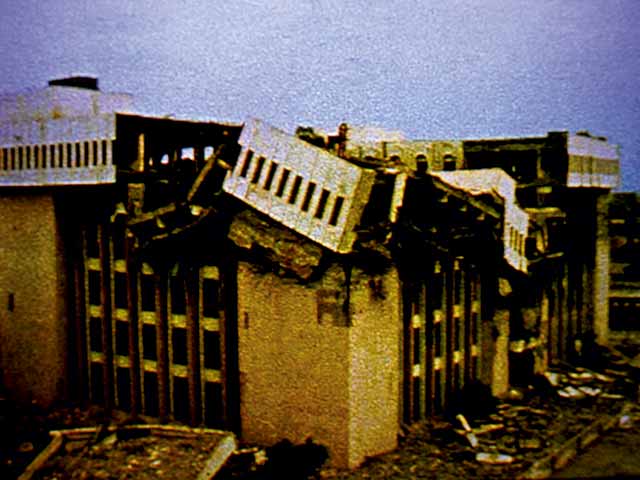 Unexploded was filmed with a hand-held camera in Iraq. Several short takes from various angles show the crater left by an unexploded bomb in a building in Basra. The artist had been sent there in 2003 as an official British war artist (a mission which also led to Queen and Country, 2007 –2009). When the last shot in the film takes in the bombed building as a whole, revealing the extent of the damage, we sense the massive scale of the destruction that would have been caused by a further explosion.

Gravesend and Unexploded, works in which the asymmetry of the world becomes glaringly obvious, are always presented in two connecting spaces.